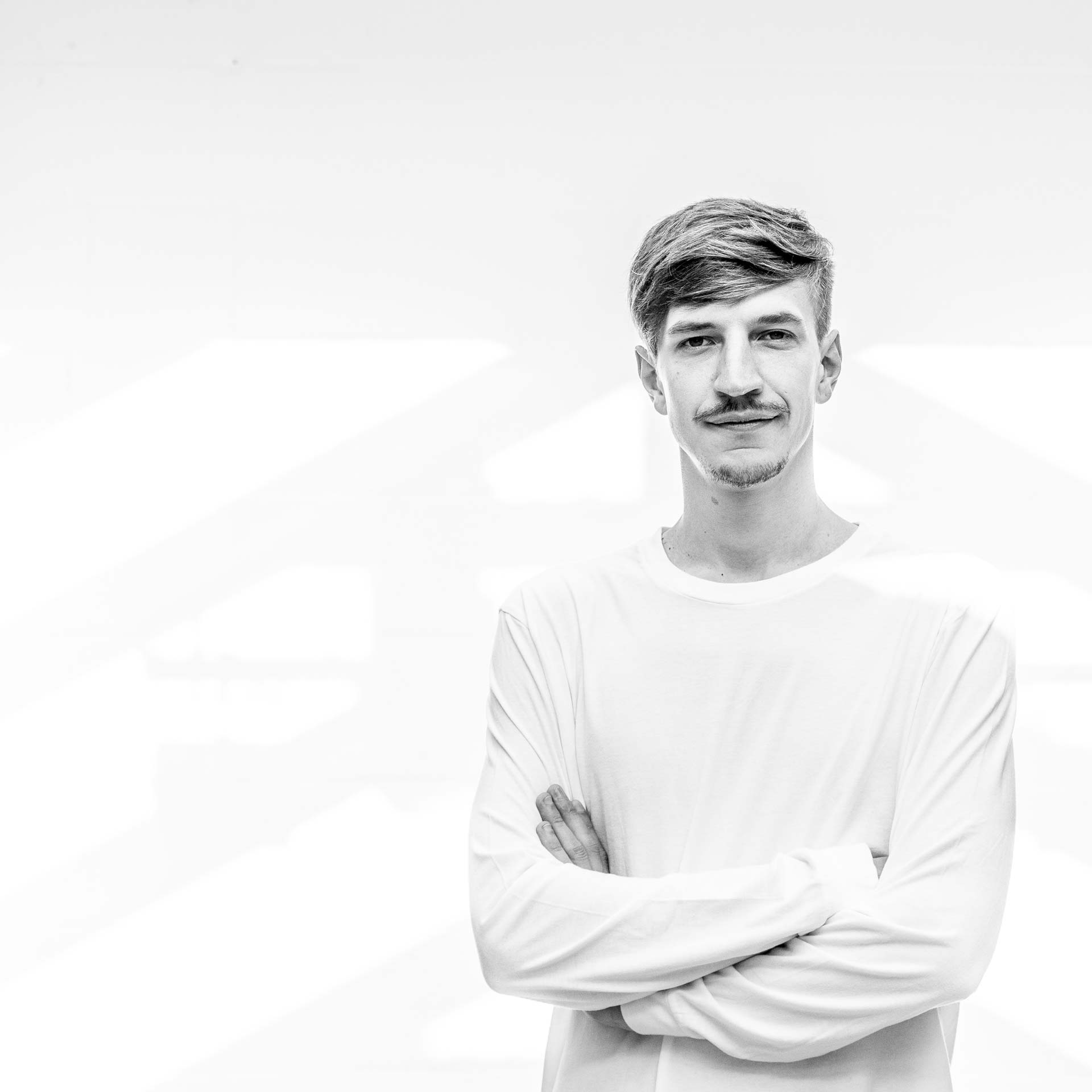 Mark Grunow (* 1989 Berlin) lives, works and designs in Berlin. His work moves between the areas of photography, textile, interior and furniture design. Craftsmanship, methodology and a pure aesthetic characterize his constructions. They are marked by their simplicity and reduced function. The use of the objects invites one to pause and reflect.

The material paper, with its particular constructive possibilities, awakens special inspiration in him.  Paper has been a recurrent theme in his projects ever since his professional carpentry education in the workshops of the Berlin Opera Houses (2011 – 2014). In his final work (Gesellenstück), which was honored at the federal level in 2015 (‘Die Gute Form’) the defining element was a intricately folded paper structure.

In 2018 he graduated with the title of designer HWK from the Akademie für Gestaltung in Münster. Here he was able to deepen his knowledge of conceptual design and expand his work with diverse materials. Two of his works from the Academy have been nominated for DesignTalente NRW.

At the moment he is responsible for the redesign of concept, image,  and interior of the contemporary dance & artists‘ residency center Lake Studios Berlin (www.lakestudiosberlin.com). At the same time, he is further developing his own ideas and groundwork for future projects.